Finding the right outfitter for your needs can be tricky, doing your homework will pay off in the long run!

It's official, Colorado will vote in November on initiative 107 - Forced Colorado Wolf Introduction. 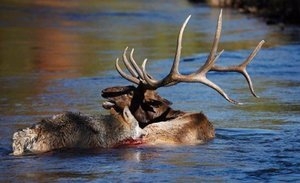 The Rocky Mountain Wolf Project and their anti-hunting partners are working hard to get a very important initiative on the ballot here in Colorado. These initiatives will allow the public to vote on using taxpayer's money along with funds generated from the sale of hunting licensees to release close to 1000 wolves in Colorado. We need everyone's help to try to stop both these initiatives, see below for how you can help!

Although we faced some big challenges on the ranch this year, we had one of our best years ever from the standpoint of opportunity Rate (90.0%). Early in the year we faced two major forest fires, one of which was burning less than 10 miles from our western leases, the air was smoked filled and nothing like trying to hunt with ash raining down and temperatures well above average, this made hunting conditions as tough as we have ever seen them, but that didn't stop the elk from their normal routine. We had to pick and choose our hunting locations all based on the wind direction, but there were elk going crazy all over our ranches, the smoke did not seem to bother them in any way!

Colorado's drought did have a negative effect on some of our early cow hunts, hot temps, lack of water, and finally the full moon phase all combined to slow the hunting way down for two of our groups, we still managed to harvest our fair share of cows, however a couple clients had a hard time finding the cow elk herds late in August. Thankfully, the snows showed up in early October and we had a lot of action in all the rifle season. 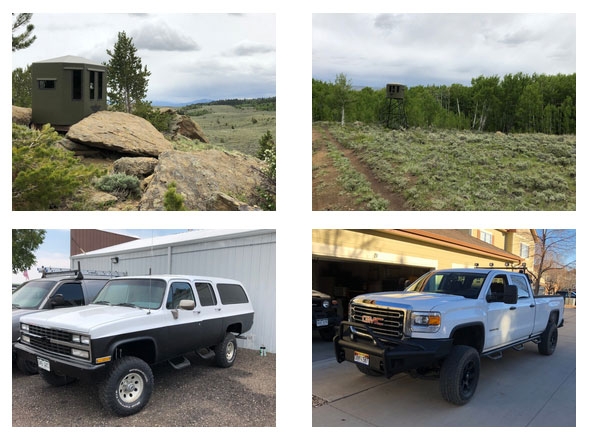 Summer is here, and it's hot and dry here in Colorado, I am sure you have all herd there are several wildfires burning across Colorado/Wyoming/Utah. The Beaver Creek Fire is the closest fire to our operation, and it is around 60 miles away from our main operations so there is no danger at this point of this fire effecting our operation in anyway. The good news is we have the remnants of Hurricane Bud starting to flow into Colorado and we will see between 1-2 inches of rain over the weekend, so much needed moisture is on the way!!!