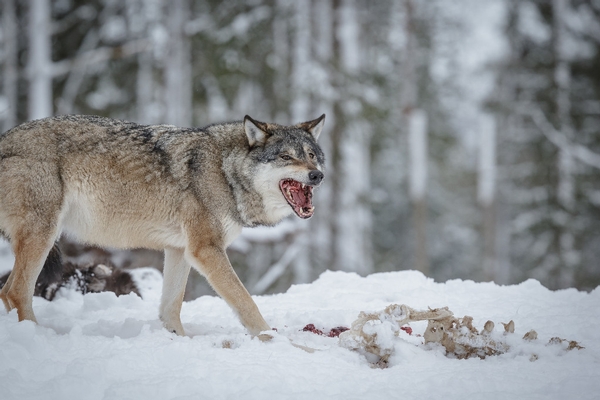 Colorado is under siege from several environmental groups looking to introduce over a thousand wolves throughout the state. They are pushing hard along the front range, especially in Denver and Boulder, but for now they are not making many inroads, that does not stop them from running very expensive advertising on all major media channels.

They are pushing on two fronts, the first is the Canada Grey Wolf in the northern and western sections of the state, the second is the Mexican Wolf from the south. Neither species has ever lived in Colorado, and their introduction would be devastating to the ungulate population along with Mountain Lion, Coyote, Bobcat, Turkey and other native Colorado species.

The USFS recently released a draft version of the Mexican Wolf Recovery Plan for public comment. The draft states that no Mexican Wolves are needed north of I40 in AZ and NM, this is great news for Colorado, however the larger issue is the Canada Grey Wolf introduction these groups are pushing for.

If you would like to help preserve our western heritage, please consider joining or donating to organization’s like Big Game Forever, or the Colorado Outfitters Association. Our adversary’s will not stop until they destroy Colorado as we know it. They are extremely well funded and very passionate about their misguided cause.